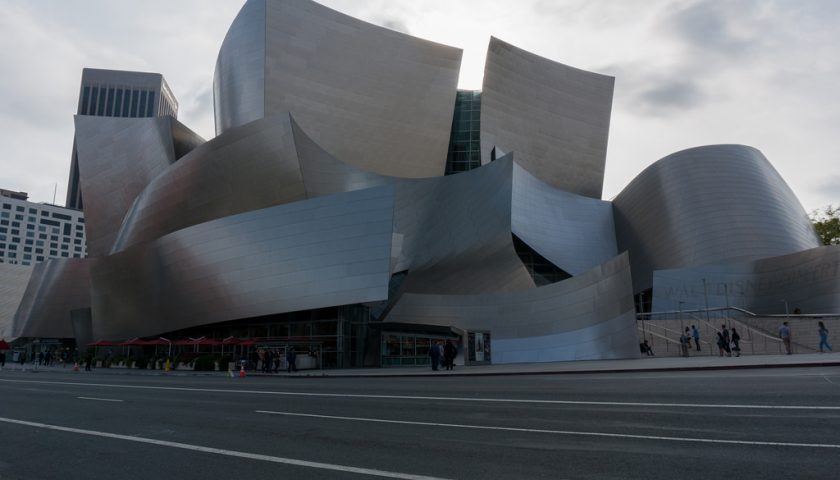 When we think of steel buildings, it’s easy to assume that they are limited to use in the industrial sector. Although the use of steel buildings can make for ideal factories or warehouses, steel has also been used to construct some of the most iconic buildings in the world.

www.steelbuildinguk.com has stated that the use of steel is becoming more and more popular, but there are still those who think they’re limited when it comes to utilising steel in the construction of their premises.

Regardless of whether you’re looking for a structure made from steel or wish to use it to build a strong carcass, the use of steel is able to create some truly eye-catching buildings.

The following buildings are just an example of what kind of landmarks can be created via the use of steel.

Any building with connotations to Walt Disney will always be recognised, but that’s not all the Walt Disney Concert Hall has going for it.

The Walt Disney concert hall outlines the possibilities available with steel, offering a strong but soft building that encompasses the character of the building.

The Investcorp Building in Oxford highlights how steel buildings can fit in with more historic surroundings while still offering practicality.

The building itself is a swopping design that instil a stainless-steel façade that reflects the surrounding environment while offering space that is used for offices and class space.

The Museum of Contemporary Art in Cleveland showcases a simple design that still has a striking impact without looking too noisy in its setting. The surrounding city can be seen in the reflection of the mirror-finished black stainless steel that pays tribute to the surrounding city by casting its reflection.

It’s amazing to think that something so practical could become a landmark when it comes to steel-based construction, but the Thames Barrier is a structure that continues to impress from a design aspect, while still being able to carry out its duties.

The practicality of the Thames Barrier looks like a natural addition to the Thames because of the reflective nature and fin-like designs of the barrier.

The Dear Jingumae Building was looking for a style that helped elevate its presence a structure a new frontage the set the building apart from its neighbours. The result is a ribbon design that showcases just how diverse steel can be when creating structures.

The ribbon design was inspired by soft clothing and was created via computer software, so the three-dimensional structure could be formed before construction began.

This ensured that the misaligned radiuses would meet in the right way creating the soft expression the architect was looking for.

Chicago was given the nickname ‘The Windy City” due to its bitter and volatile winds, so it stands to reason that aby building looking to withstand the brutal winds will need have strong foundations in place.

The Wills Tower was previously known as the Sears Tower and showcases just how alluring the use of metal when used in remarkable structures.

The distinct structures use steel to bound the segments together, which help support the structure.

Standing at an astonishing 828 metres, the famous Burk Khalifa is recognised as the world’s tallest structure that is manmade.

The impressive structure is home to 163 floors, as well as well as water fountain measuring in at 275 meters that shoots water 150 meters into the air.

The total amount of steel used to construct the iconic Burj Khalifia weighs in at 31,400 metric tonnes.

When it comes to iconic building, the Empire State Building needs very little introduction. Built back in 1931, the iconic New York building was constructed using a steel frame that weighs 57,000 tonnes.

What’s probably more impressive about the Empire State Building is that it only took a mere 13 months to complete.

The Kauffman Centre for the Performing Arts in Missouri is renowned for its alluring aesthetics. Although the sides of the ribcage design are made of concrete, it’s the steel finish that really offsets the aesthetics.

The Gateway Arches towers over 192 metres, and really showcase just how diverse steel can be.

Constructed in 1965, the Gateway Arch has maintained its charm and personality over the years, offering the same alluring qualities today as it did when it was first constructed all those years ago.

Another landmark that is recognised globally, the Eiffel Tower was once the tallest building in the world. Although recently surpassed in size by other buildings, the Eiffel Tower remains to be just as impressive as it was when it was first built back in 1889 for the World’s Fair.

The name of the two is attributed to the engineer and architect who created the tower, Gustave Eiffel, who was also involved in building of a canal in Panama which was so disastrous, Eiffel’s reputations was badly damaged.

Fortunately, this towering landmark remains an accolade to just how good an architect Gustave Eiffel actually was.

Although you may not be looking to create projects that require this much steel, the above structures do showcase how alluring steel can be, and how prevalent it’s been in creating some of the most iconic landmarks the world has seen.