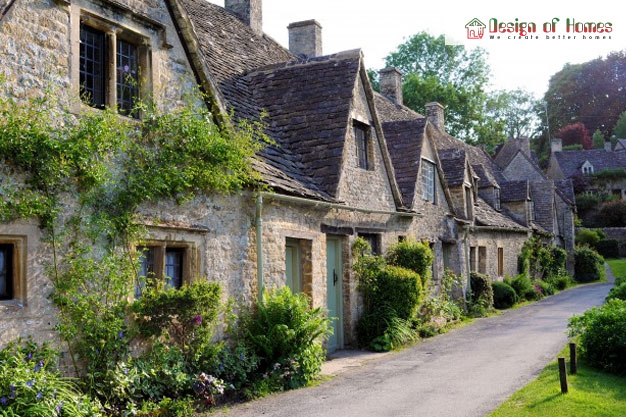 Modern housing in the UK isn’t really considered among the finest in Europe, to put it gently. When we picture housing developments, we picture cramped houses, narrow streets and bland architecture. It is quite surprising for a country whose Victorian style architecture is considered one of the most elegant architecture by the rest of the world.

The ever expanding population, increase in subletting and conversion of areas such as attics into makeshift rooms to aid the increased need for accommodation all contribute to this cause. However there have been some exceptions in this regard. We look at a few housing projects that were recently acclaimed.

Claredale street in East London is probably not the first name that you think of when you think of a futuristic and technological neighborhood. And yet, it was awarded the Richard Feilden Award at the HCA Housing Design awards in 2010. This area underwent an urban redesign to bring in concepts such as a mini-neighborhood with urban courtyards, high-efficiency gas boilers and a unique brick layout that conveyed a perception of handicraft. Furthermore, all roofs in the area are fitted with solar panels!

Tower Hamlets was at it again, mainly thanks to the consistent involvement of the Tower Hamlets London Borough Council, this time with Darbishire place. The same concepts of urban courtyards, open corners, pedestrian friendly streets and solar panels was utilized here too. The project received the Royal Institute of British Architects (RIBA) award in 2015.

Matlock, Derbyshire, was the winner of the 2015 housing design awards. It was quite a surprising choice as the neighborhood was built on what used to be a hotel carpark. It underwent a complete makeover with buildings built with steel structures and supporting Birchover gritstone, a material that has long-lasting properties. Check out the copper-clad penthouses, which are exquisite!

This is our favorite of the four. Certain buildings in Great Kneighton long almost hipster-style. The architectural style doesn’t really seem to follow any traditional styles. What catches the eye is the saw-tooth shape of houses and the use of black weatherboarding. The only catch is that the majority of the houses in the newly refurbished area is perhaps beyond the reach of the average home buyer.

With such housing projects leading the trend, we foresee a bright future for housing development in the UK. All we need is a strong supportive legislation to increase spending and better the quality of life.